I grew up in the then village of Hedge End (now an ever expanding town) and spent my younger years birding the woodlands and part of the Hamble Estuary that were known as "The Cricket Camp". The woodland has since had a couple of name changes; Upper Hamble Country Park and now Manor Farm Country Park and is now a well used recreation facility. Once I was allowed out on my own began to explore further afield, initially taking in the upper part of the Hamble Estuary at Curbridge and then Botley Wood/Whiteley Pastures and the woodlands around Burridge (the latter are now mostly developed).

In those early years Grey Partridges, Tree Sparrows, Turtle Doves and Yellowhammers were commonplace, and Lesser Spotted Woodpeckers and Nightingales were regular garden birds, sadly that is no longer the case, although the latter two species are hanging on in places. 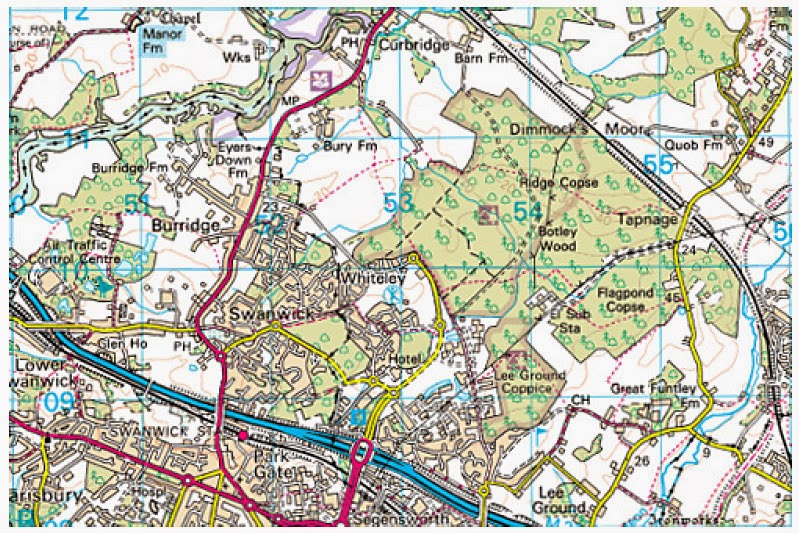 Despite putting in considerable effort over the years good bird can only be described as occasional; but the Long-billed Dowitcher that I found on the Hamble Estuary at Curbridge in in 1986, must still rank as the highlight. Other highlights have included Common Crane, Red-throated Diver, Purple Heron, Goshawk, Osprey, Long-eared Owl, Waxwing, Ring Ouzel, Wood Warbler and Pied Flycatcher.  Species such as Red Kite, Raven, Firecrest and Mediterranean Gull were once rare, but are now seen almost weekly. I have seen many changes to my patch over the years, and many great birding spots have been lost, or are now greatly disturbed, but there are still some great areas that may in the turn up the surprise in the future.


Although I have been birding My Patch for many years I only started doing a yearly count in 2012, when it was set up on the Hampshire Ornithological Society website. My all time patch list currently stands at 149, but I know of two species (Yellow-browed Warbler and Iceland Gull) that I have missed over the years. In 2012 I recorded my best patch year total of 121 species; subsequent years have not been quite as productive with 108 recorded in 2013 and 111 recorded in 2014.

7th February - River Lane - 2 Stonechats were new for the year

8th April - Curbridge - 2 Shelduck were the first of the year

12th April - My first House Martin on the patch today, but despite an early start at Botley Wood, no Nightingale yet

18th April - First Nightingale of the year at Botley Wood

19th April - Yellowhammer a difficult bird on the patch these days, but had two pairs on a private estate whilst doing a bird survey.

22nd April - Ring-necked Parakeet - undoubtedly the biggest surprise of the year on the patch so far, if my memory serves me right this was an all time patch tick.

3rd May - Hobby one over Funtley today

10th May - Reed Warbler and Swift at Longwater Bridge this morning